When I first began making beats, I was using whatever came with my program; The drums, the pads, the piano, etc. All came from what was on board my DAW. When using drum VSTs, a drum machine, or a keyboard, I didn’t think about how each drum sound has its own tuning. Once I started getting into sample packs and one-hits, I saw the drums often marked by the note they were tuned to. For the longest time, I really thought nothing of it… it’s just another drum hit. Drums are drums. I mean, I’m a seasoned musician and I knew drums are tuned, but it’s not like your snare changes notes throughout the song.

As I started really listening to rap songs, I began to notice a real disparity in mid-tier and top-tier beats. When I got on Beatstars and other similar websites, it became clear that there was a discernible difference in the blend of the drum sounds compared to radio hits. I was determined to figure out what was happening. Of course, part of it was the sonic quality of sounds used, but I knew there was more to it since mid-tier producers and amateurs today have access to really premium sounds and samples.

One day, by pure accident (as most great things are discovered), I loaded up a drum sound into my midi sampler thinking it was a piano sound. The song was in the key of Em and began with the Em chord. As I started tinkering with a melody, I instinctively struck the E note on my midi keyboard.

I kid you not, the hair on my arms stood up, and I felt shivers down my spine. My drum that was accidentally loaded was tuned to C. This means any note I used on my keyboard was matching the note of the sample. A G was a G tuned snare, a B was a B tuned snare, and the E note that I struck was, of course, an E tuned snare. The sound of my snare popped so well that I was surprised. And then it clicked.

In electronic music… you can totally change the tuning of the snare hit for a hit! This was the difference between radio hits and amateur drum hits.

Fine-tuning the drums creates a very blended drumline, and especially when you go to master your track, the drums sound purposeful and clean. You can do this with the hi-hat, the bass, the snare, the crash, everything! Using this technique of playing each line of my drum track individually on my midi keyboard bumped up the quality of my production by a LOT.

I realized a lot of what you find on Beatstars and similar beat websites are really mass-produced beats. Sort of quantity over quality type stuff. A lot of what they are doing is just throwing different drum loops into their songs, so none of the sounds in their drum tracks were tuned to the song. Of course, depending on the track and how you like your sounds, this isn’t necessarily a bad thing. I still use loops occasionally or drums of unknown tuning, but if you are exclusively playing your drums on a pad or using loops, you are shutting yourself off to a whole other world of sonic elements in your productions.

Try to write your chord progressions in a way that one note is relevant throughout every chord. For instance, a chord progression that consists of Em C G has the note G played in each chord of your progression. This means you either find drum sounds tuned to G (sometimes this is the best option because when you change the notes up or down, the sound can become a little off-putting) or you can find sounds tuned to C and set them to the G note in your piano roll, or play them on the G note of your piano. When writing a chord progression that has one relevant note throughout, do not be afraid to throw some 7ths and other extra notes into your progressions to make this idea work!

When you have a drum sound you like but are not sure of the tuning, use a tuner to find which not it actually is. Since drum sounds have very little tone, you may want to run the sound up and down your piano roll until your tuner can pick up a note. Then you can use that note as a reference to tune your drum yourself. I know this is kind of abstract to be explaining… let’s say you play your drum on the E note of your midi sampler, and no note is picked up. Try playing it on the D, then the C, etc.. until your tuner picks up the note. So let’s say I hit my drum on the G note of my midi keyboard, and the tuner says it’s a B note. I now know if I play a G# that I have a C-tuned drum sound. Often I will turn the midi sound from there into a WAV, exporting that sound as my own sample. Then I have my favorite drum sound in C, and I can play it up and down the keyboard and know the note I am tuned in.

Be aware that you do not want to move your drum sounds too far up or down from the original tuned note. This means if my drum is tuned to C at the 3rd octave, I probably do not want to move that sound to play a G in the 2nd octave. It will significantly change the sound of my drum (sometimes this sounds really cool in snare fills and rolls, though). If your chord progression doesn’t have a single note that runs through the whole thing, you’ll want to find the notes that have the least amount of movement up or down the piano roll/midi keyboard. So, let’s say my chord progression is Em C and D. I’ll likely want my drum hits to either be a G or E for Em and C, then on the D chord, have my hit be either an F# or D respectively. I don’t want to have my hits on each chord be E C and D because this will make every hit in my drumline change when the chord does. Nor do I want my hits on the Em and C to be E, then have them hit on high octave or low octave A because the distance is too drastic and your drum line won’t sound much like a drum anymore, but rather a melody AND YOU WANT TO AVOID THIS.

Always be creative and innovative when using any method of beat production. Absolutely no one blows up by doing the same thing as everyone else. Make mistakes, try things, and allow accidents to become purposeful creative tools. I figured out all my best techniques, and honestly, all the music theory I know, by complete accident and tinkering. I hope you can use this technique in your productions, as it has the potential to evolve and form into more original purposes.

🔥8+ FREE BEATS🔥Sign up for 8+ free beats and be the first to receive updates about new beats and special deals.

Use in all of your hip hop productions on Spotify, SoundCloud, and Apple Music! 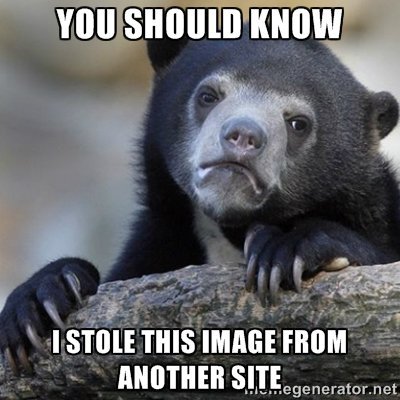